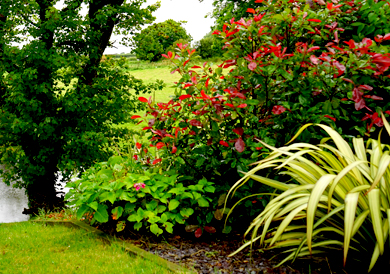 Mossie Basson from Rooiberg – Breederivier Conservancy was asked by some members if he could give some guidelines regarding the eradication of “Spaanse riet” . He thought this would also be a good time to link this with some results found during the resent Catchment Situation Assessmentthat was done on the Vinkrivier by Dr Peter Illgner during December 2009

Please read below as he gives guidelines to all members regarding the thinking process when it comes to the eradication of this very invasive plant.

No doubt! This is a highly invasive plant to our area; it is also a very aggressive competitor to our local “vleitjiesriet” Thamnochortus spp in the area. It is especially very well adapted to high disturbance dynamics of riparian systems mainly because it can spread vegetavily, (flood events break the clumps that spread downstream.) “Vleitjiesriet” can bend with the flow of the river and thus do not change the flow direction of rivers.

This could grow into a large, continuous, colonial root mass, usually at the expense of natural, native riparian vegetation which simply cannot compete. This could stabilise stream banks and altering flow regimes. It is also highly flammable throughout most the year and the plant is highly adapted to extreme fire events.

The short and sweet of the story is! YOU DO NOT WANT THIS PLANT TO GET HOLD OF YOUR PROPERTY. It is a declared alien invasive plant and by law should be eradicated by all land owners.

Having this info, the question on everybody’s lips is! How do we combat this plant?

The herbicide to use is called MAMBA or Nexus GLYPHOSATE 360 Reg. NO L7113: Act /Wet no 36/ 1947. This is a broad spectrum herbicide; it is very effective but can also be used on other monocots and dicots. So use this if the reeds are in thick stands with very little other native plants.

If other native plants are present we obviously need more care and it is suggested that a product such as Fusilade-DX(fluazapop-butyl) and Post ( Sethoxidan) ( IMPORTANT TO NOTE IS THAT THESE ARE NOT REGISTARD FOR USE IN WETLANDS) So use GLYPHOSATE 360 but in a cut stem way rather.

It is suggested that as a general rule one would use GLYPHOSATE 360, as a foliage spray just before the winter ( as this is the time that translocation in plants nutrients to the root-mass is best in preparation for the winter dormancy.

Intensive study found this to be 100% effective as opposed to a 5 to 50% electivity during cut-stem treatment. The added advantage is that treated stems have little to no potential for rooting and are brittle and can be chipped for mulch.

Cut stem treatment requires more time and manpower than foliar spraying, BUT require careful timing. If the biomass are so thick that it hampers workers from effective spraying it is suggested to start off with a cut stem program and follow up with a spray program .

We started with a program by using the local rugby team to do a cut stem treatment and followed it by two foliar treatments and managed to have a 76% electivity rate within one season.

Cut stem treatment are more surgical and thus use less herbicide but foliar spry are cheaper in the long run.

Popular methods are to cut and remove the stalks( biomass) wait three to six weeks for the plant to grow to about one meter tall, then apply a foliar spry of herbicide solution, ( this means less herbicide used as opposed to established plants) and cover are normally better when stems are shorter and more uniform in height.

Unfortunately, Cutting, in most cases results in plants returning to a new growth-phase drawing nutrients from the root mass and thus we do not have translocation of herbicide to the roots. These results in fewer roots kill.

It was found that Follow-up treatments then negates any initial savings in herbicide and greatly increases the manpower cost in the long run.

The general rule is if stands are denser than 80% to use foliar spray at the right moment ( spry apparatus ) to produce extremely fine droplets (400 MICRONS) OF CONSENTRATED HERBISIDE. This actually reduces herbicide use and minimises overspray and resulted in greater kill. This is very effective if vast areas exist and a helicopter is used.

If helicopter use is impossible (Normally small patches and thus financially not viable) this must be done by hand (Spry vehicles with 400 Lt Spray tanks are a good alternative or 60 Lt Quad-runners).

Access to these methods in our area normally results in the use of 20Lt backpack sprayers. Remove by hand those areas so dense that no penetration can be achieved ( stack for burning later, away from forming debris hazard during floods) divide the area into blocks and spray stands (blocks) as adult plants . This method is also advised if stands are less dense (less than 80%).

Application in general should be a two-to-five percent (2-5%) solution, applied post-flowering and pre-dormancy at a rate of 0.5 to 1L/Hectare. Since we are situated within a winter rainfall area April/ May should be a good time to spray. This would result in the leaves and stalks turning brown , within two weeks , and soften, creating an additional advantage in dealing with the biomass, ( cut green stems might take root if left on damp soil and are very difficult to cut and chip later) Treated stems have little to no potential for rooting and are brittle. It can be left intact on the ground or chipped or burned at a later stage.

IT IS IMPORTANT TO ONLY USE CLEAN WATER WHEN MIXING THE HERBISIDE . This specific herbicide is engineered to break up the moment it touches dirt or dirty water to ensure no or little secondary contamination.

The next Question everyone ask is how do we rehabilitate such areas?

The best way to address habitat loss to our riparian systems is through a comprehensive program of eradication of A donax and other invasive plants to establish natural physical processes , especially flood -dynamics for the recovery of native natural communities and species.

This strategy is based upon two important factors .

FIRST Riparian habitats are flood-dynamic communities, dependent upon natural cycles of flood scouring and sediment deposition to create the proper conditions for community establishment. We have all the factors necessary to recovery and maintain a healthy riparian communities and species. These natural species once recovered will maintain a healthy riparian system. This will allow and retain a flood regime sufficient to move and sort sediment and extreme sources of seed and vegetation for other natural and native riparian plants.

To summarise
If we as caretakers of the land can assist in the capacity of the natural community to regenerate all available areas of the riparian zones and provide the capacity of native species to compete with aggressive invasive exotic species the resources of natural system should be enough to ensure fewer problems in the future.

Attempts to re-vegetate riparian species in floodplains that retain both native riparian species and flood regimes where found to be redundant and resources spent to this end are largely wasted. (This is not to imply that riparian and OTHER Habitats should never happen). However , they should be applied judiciously and only in situations where specific management goals can be achieved.

Normally it will be best to rely on natural processes for the recovery of the riparian communities. It has the benefits that it is more cost effective and will result in a better biological value.